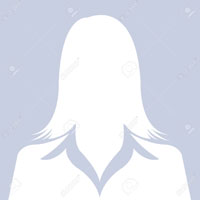 Ms Khan completed her LLB Hons degree in Law at the University of Westminster and then went on to complete her Legal Practice Course during which she carried out electives in immigration and commercial property.

Ms Khan joined Makka Solicitors Ltd in early 2016. She worked for Makka Solicitors as a Trainee Solicitor supervised by Mr Fida Chaudhary focussing mainly in the areas of immigration and conveyancing. Ms Khan subsequently qualified as a solicitor in July 2018 and has since continued to work for the firm. Ms Khan has extensive experience in immigration applications including spouse settlement visas, spouse extension visas, Applications under the EEA (European Economic Area) Regulations 2016 and applications under Human Rights law. As well as being fluent in English, Ms Khan is also able to converse in Bengali/Sylheti.

close
Start typing to see posts you are looking for.
Scroll To Top