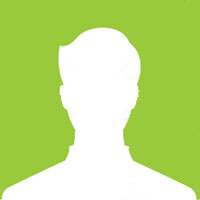 Mr Fida Chaudhary completed his LLB (Hons) from the University of Sussex in 1999, followed by LLM in International Commercial Law from the same university. In 2002, he completed his LPC from the University of Law, London. Whilst undertaking his LPC, Mr Chaudhary joined a local firm in London in 2001 for his legal training and he qualified as a Solicitor in 2004. In 2005, he set up an immigration department at C M Atif & Co Solicitors. In 2007, Mr Chaudhary set up his own law firm. Subsequently, in the same year, the firm was incorporated as a limited company and is now known as Makka Solicitors Ltd.

Mr Chaudhary strongly believes that this life is about helping others. Since he qualified as a solicitor, he has been providing pro-bono legal assistance and advice. He has been attending Croydon Mosque and Islamic Centre on a weekly basis for more than 15 years in order to provide free legal advice to the local community. In addition, he has attended live radio programmes and advised generally on air on numerous legal issues. He has also featured in the national media.

Mr Chaudhary is fluent in Urdu, Hindi and Punjabi and has a basic understanding of Bengali/Sylheti.

close
Start typing to see posts you are looking for.
Scroll To Top